Dear partners,
I am happy to inform all that we now have a moderator of the Kumbo – Limburg website from Kumbo. Juan Andrés the full time moderator has also given me the Administrative Right to control the Weblog from Kumbo – Cameroon.

All from Kumbo are now advised to send their news and comments to Ephriam Bam through PCC Kumbo or by email to bamsonboy@yahoo.com and all will be published without delay. So we can now have our information for all publish on daily basis. 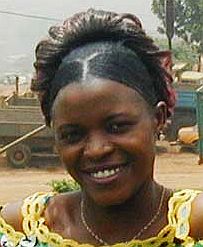 On Wednesday morning, 8th March 2006, the atmosphere was covered with the colourful nature of the women with their National uniform. The women were very busy on this day to portray their image of Gender Equality and in decision-making. All the women came out massively in their different groups with lots of fun and mery making.

The 21st International Women’s Day were crowned by a march past of women bearing messages of love, peace, unity, etc. At the Grand Stand, over 20,000 women marched past with messages, which did not only reveal the theme of celebration which is “Women in Decision-Making: Meeting Challenges, Creating Change”, but also showed women’s gratitude to the Head of State in messages such as “the women of Cameroon say thank you to the Head of State and his wife for their actions, against HIV/AIDS and engagements in favour of women. We reaffirm our support to the Head of States policy of greater ambitions”.

The celebration of Women’s Day would not have had much meaning if women did not march past with brandishing messages, which reveal their actions, abilities and challenges. Besides carrying banners, which identified the groups, which marched past, the women brandished messages, which reaffirm their support to the theme of the celebration. “Women, lets stand up for our right and decide, “Equality in decision-making is a must”, “Communication is the key to decision-making”, Women are important partners in decision-making, etc are some of the messages they displayed on banners.

Besides highlighting messages reflecting the theme of celebration, the women also acknowledged the fact that they have to be better trained to take good decisions. In this light, the women from the Ministry of Elementary Education waved banners with messages such as “An educated women is a good decision maker”, “Yes to the education of women”, “A well trained woman is a sure actor to sustainable development”, “A well trained woman at the service of social progress thus equality in training between men and women should merit equal promotion”.

Also prominent amongst the messages brandished by the women was that against HIV/AIDS. Women said HIV/AIDS is not a taboo, thus, they will talk about it with their families. Women also showed their determination to combat HIV/AIDS as another message read: “HIV will not pass through us”, “To better live; let’s protect ourselves against HIV and carryout the HIV screening test”. Messages also revealed the determination of women not only to combat HIV amongst them but also within the entire community, “Women, lets take good decisions concerning the health of our families and to remember that the health of the woman is the health of the nation”.
Female health workers also reaffirmed their duty to fight malaria and take care of children. They encouraged everybody to vaccinate their babies, since their future health depends on it. Through banners, women also called on the population to use mosquito nets in their families since preventing malaria will lead to good health.

The women equally revealed their contribution towards nation building by waving banners calling on the population to stop corruption, embezzlement, etc. “We say yes to the fight against corruption, homosexuality, immorality and poverty”, some of the messages read. Women also called on the population not only to pay their taxes, which will help in the development of the country’s economy, but also to contribute in conserving the forest and environment for the future generation.

“A woman is Gold” as a man rightly commented on the 8th of March when he was interviewed. 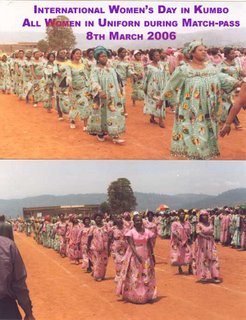 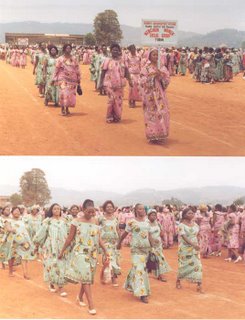 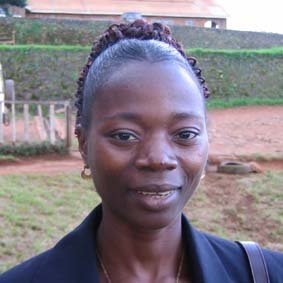 Youth Chaplains and Advisers of in the Diocese of Kumbo came together recently for their 2006 Ordinary Meeting, at the John Paul II Youth Centre. During their deliberations they amended and ratified the proposals made by the diocesan youth council on the celebration of the World Day of Youth at diocesan level, and planned the upcoming deanery youth camps throughout the diocese.

The diocesan youth chaplain, Fr. Daniel Ache Amuhngwa, highlighted the importance of the ministry in the life of the local Church and explained the various levels at which the youth ministry should be enabled to operate, naming Small Christian Community (SCC) or quarters to put it simply, the mission, the Parish, the Deanery and Diocese as the main levels.
Many of the participants realised that the SCC was at the centre of the ministry and it ensures that young people receive training and serve at SCC level, building them up for the other levels at the top. A young person who operates at higher levels without a proper base cannot not properly render services at the SCC where s/he is based, being more like a member of parliament without a constituency.
The various organs for the training of young people include Youth Formation Centre with its various departments including the Federation of Catholic Youth (FCY) Office, the Parish Youth Offices, and the Mission Youth Services. The FCY office and the Parish Youth office should offer field formation to the youths.
In this light, various agents especially the Parish sub-Commission for Youth Apostolate and the Youth Associations at the first level, the Parish Youth Chaplain, the Diocesan Youth Formation Team, the Diocesan Youth Chaplain and the Diocesan Commission for Youth Apostolate were highlighted.
The delegates also identified the Non-Catholic Youths as a target population. Fr. Ache gave the composition of the commission and the qualities that every agent of youth ministry should posses. These included attentiveness, knowing the lives, families, preoccupations and motivations of the youths, being discreet, available, receptive, willing to share, and above all striving to be like Christ.
Mr. Elvis Banyuy Paul spoke about the Young Christian Student (YCS). With the theme: Making a Fortune, the program has five meetings comprising the Social and Gospel Enquiries, and steps on how to See and Judge the various situations brought out by the enquiries before the students chose an action to carry out.
He also looked at the role that the various school subjects play in the society, the importance of the subjects and the commissions that the subject can best serve in the students’ Christian life. 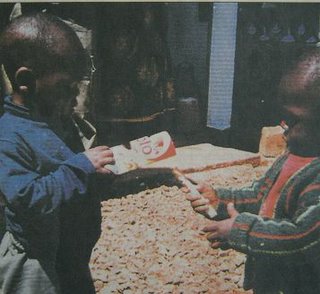